PSV Eindhoven coach Roger Schmidt says a move for Denzel Dumfries could still be weeks in the making, despite the continued interest from Everton.

Dumfries has been heavily linked with the Toffees for the last couple of months, with their interest first emerging before the European Championships.

They’ve continued to be touted with a move since then, with it known that Marcel Brands is looking for a right-back as a long-term replacement for Seamus Coleman.

Everton are believed to be competing with Inter Milan for his signature, with the Italian side also on the hunt for a player in the position after selling Achraf Hakimi to Paris Saint Germain.

So far, neither club have made their move, and the latest reports from the Netherlands are that a deal is not close to completion at this point, with the situation around Dumfries having gone quiet.

That is something PSV boss Schmidt has backed up, stating it could be weeks before a deal is done, regardless of the rumours about Everton’s interest.

“They (Dumfries and Donyell Malen) have played a European Championship, so they need some rest, like all the players who were there,” Schmidt told RTL 7, relayed by Voetbal Primeur.

“With these two players, it is different because they have indicated that they want to leave PSV.

“Last year, it was already clear that it would be their last season. That’s the situation now.

“They haven’t signed with a new club yet, but there is interest and negotiations. It’s a matter of days or weeks; I don’t know exactly. But for these matches, they are not an option for PSV.” 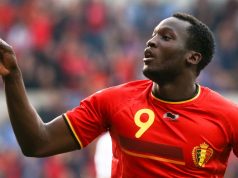