Marco Silva doesn’t seem too close to joining Porto. After the initial excitement, Portuguese newspapers are taking it easy today, saying things are not so simple.

Northern outlet O Jogo claims there were contacts between club and manager, but things are far from sorted. Porto are still trying to convince him, but there’s competition from three English clubs.

Crystal Palace and Watford are the teams being mentioned most generally in Portugal right now, but O Jogo don’t name any.

Record claim Porto are making efforts to show Silva they can build a strong team to fight for titles and do well in Europe. Just like O Jogo, they report that Silva has been in England to tell Hull City he’s not saying, and he’s now a free man to sign for any club. 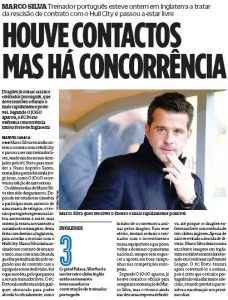 Correio da Manhã has an interesting update on yesterday’s story from Diário de Notícias which said Silva would have to pay a fine to Sporting in case he joined a rival before July.

They say Sporting and Porto are now on good terms (in a kind of alliance against Benfica), and the Lions’ president Bruno de Carvalho will not stop the manager from signing. 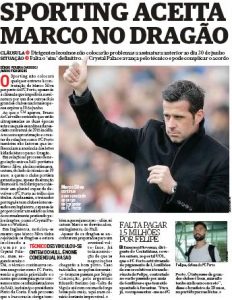 The newspaper also claims that Watford and Crystal Palace are proving strong competition for Porto, and even though reports from England said he would have rejected Porto and be closer to joining Palace, CM state he’s still in talks with the Portuguese club.

CM interpretation of the English reports stretches things a little, but it seems clear Silva is keeping his options open.