Manchester United are one of a number clubs interested in Adrien Rabiot, report L’Equipe on Wednesday.

The French newspaper name a list of clubs who are keen, and for different reasons, and it’s explained the Red Devils have been interested.

There’s no claims of talks or offers from Old Trafford, but it is stated that the club have a specific reason for their Rabiot interest.

Manchester United have ‘in the past’ paid ‘attention’ to Rabiot to ‘replace Paul Pogba’.

The World Cup winner’s future continues to be up in the air, with Real Madrid links rising and falling in Spain by the day. Given Pogba has done zero to make it clear he wants to stay, it’s not too hard to assume there’s some truth in the claims of him wanting out. 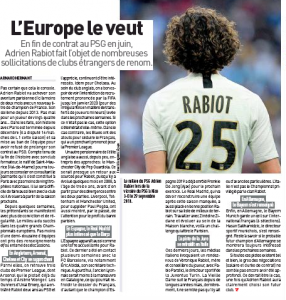 Over in Spain the consensus is that whilst Madrid are interested, they may not be interested enough to go through with the deal due to difficulty and cost.

Whilst Manchester United fans will consider Pogba to be better than Rabiot, it would leave a whole chunk of money to be spent elsewhere. 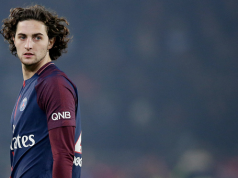