Bild stated otherwise on Monday and explained the Red Devils ‘absolutely’ want to sign the winger after failing to sign him last summer.

On February 23rd, we covered a report from Sport1, which explained the Old Trafford club are still interested in the 20-year-old and BVB ‘firmly expect’ him to be sold in the next market.

For the third day in a row, reports in Germany continue to push that United remain keen on the England international.

SportBild provides the latest update when detailing about the Bundesliga side’s planning for the summer.

When discussing about Sancho, SportBild states United are ‘still very interested’ in the player. 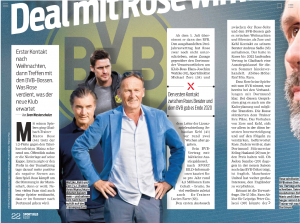 BVB bosses have already outlined their plan for Marco Rose and the incoming manager supports BVB’s idea to strengthen the centre-back and wide positions.

This indicates Dortmund are preparing for a life without Sancho, which is why they are already looking to bring in a new player in the same position.