Leroy Sane scored two goals and provided an assist in a very good performance against West Ham United at the weekend.

The Hammers didn’t play too badly, with Manuel Pellegrini and many of the clubs fans not as disappointed with a 4-0 defeat as would usually be expected. Their main problem was that Pep Guardiola’s side were on song and being clinical.

Raheem Sterling and David Silva added the other goals, but it’s Sane getting the majority of the praise.

Each Monday, Gazzetta dello Sport choose an eleven of the best performers around Europe, whilst ignoring their own Serie A, and Sane has unsurprisingly made the selection.

He’s been given 8.5/10, a great mark for a newspaper who don’t give out the higher grades easily. The only other player to be considered worthy of 8.5 this week is Son Heung-min. 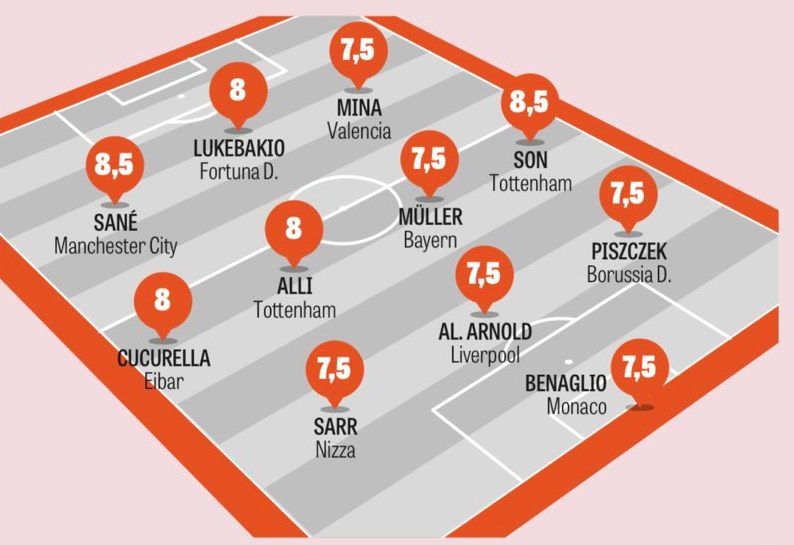 It’s not only Gazzetta who Sane has impressed, football statistics website WhoScored have given him a rarely seen 10/10 for his performance against West Ham.