Manchester City are ‘on the prowl’ for Paris Saint-Germain star Kylian Mbappé, according to Wednesday’s edition of Sport, and they add the Citizens have joined Real Madrid in the chase for the forward.

PSG host City in a Champions League semi-final today, and they can make it to their second final in a year, if they overcome Pep Guardiola’s side.

Despite their improvement in the European competition, the Ligue 1 side are struggling to tie down the 22-year-old and Neymar to long-term contracts. The duo’s current deals will expire in 2022.

Sport state it’s a ‘monumental failure’ on the Paris club’s part to not secure futures of their star players.

Regarding the France international, the newspaper states the financial aspect of the deal isn’t of great importance to him. 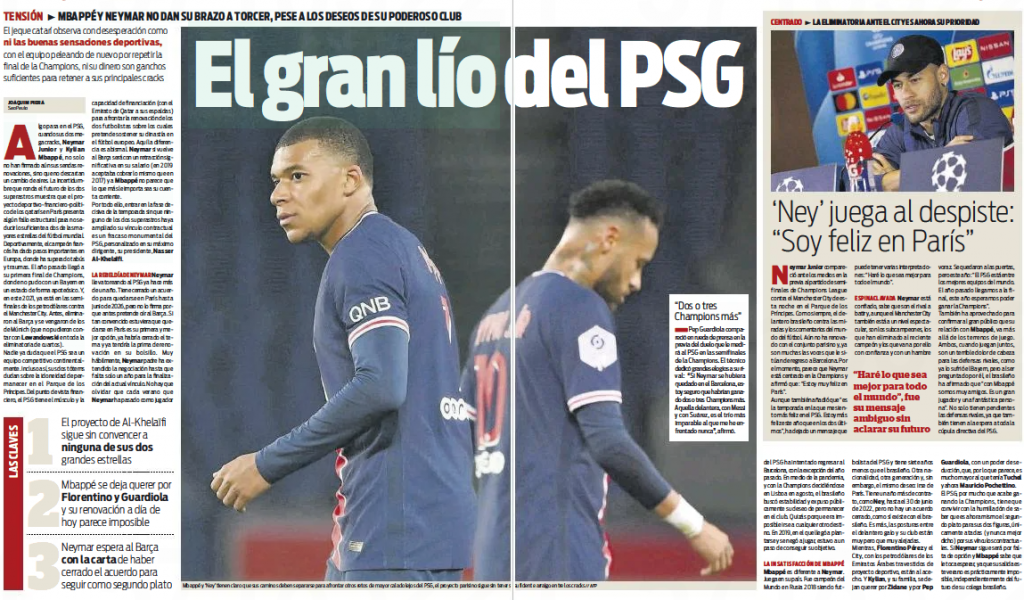 The former AS Monaco man has over a year left on his contract and the two parties are ‘very, very far apart’ when it comes to reaching an agreement for an extension. That’s because he has a ‘desire to leave PSG’.

Sport then mentions Real Madrid and City. They state: ‘Meanwhile, Florentino Pérez and City, with the petrodollars of the United Arab Emirates dressed as a sports project, are on the prowl.’

It’s further claimed Mbappé and his family are ‘loved’ by both Guardiola and Zinedine Zidane, and the two managers have greater ‘power of seduction’ when compared with his current manager Mauricio Pochettino or his predecessor, Thomas Tuchel.

Liverpool have been regularly named as one of the suitors for Mbappé. With Sport stating City are ‘on the prowl’ for the player, who is ‘loved’ by Guardiola, it looks like the Etihad club could join the Reds and Real Madrid in the race for the World Cup winner.