For some time there’s been reports coming out of Italy about Manchester City chasing Fabián Ruiz.

The midfielder has made it to the front page of today’s edition of AS and the focus remains on Real Madrid.

Within the report, it’s claimed Pep Guardiola’s side, Barcelona and Atlético Madrid have knocked on the door to sign the Spain international. However, his first option is to join Real Madrid and it’s led to intensified contacts with his environment.

Zinedine Zidane’s side have set their sights on making him the first new addition for the 2020/21 season.

Th 23-year-old’s contract expires in 2023 and Napoli want to extend his current deal so that they can include a higher release clause. 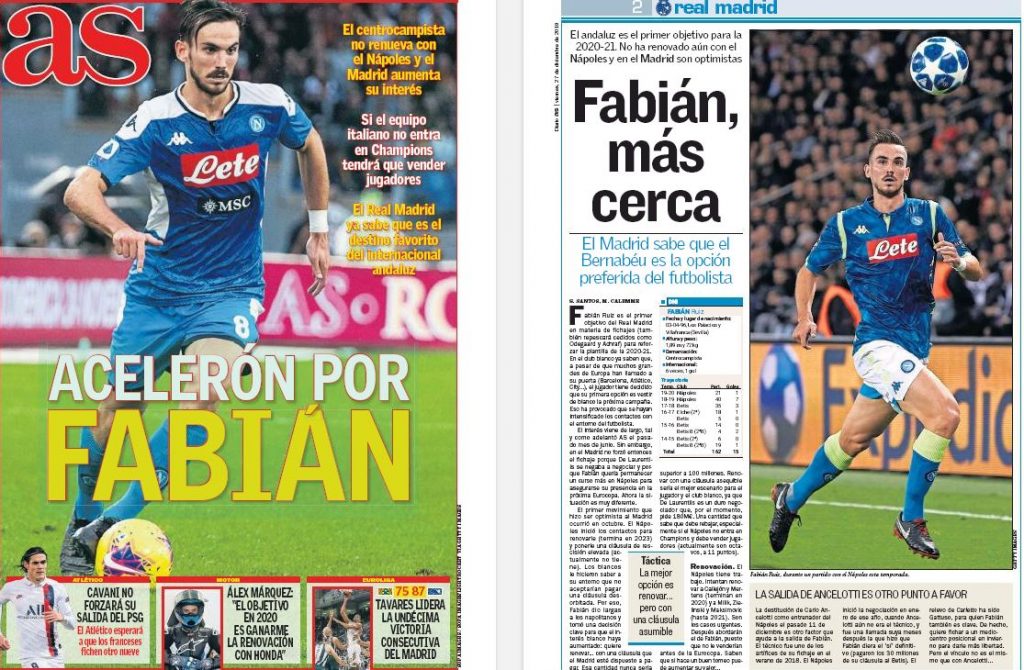 Real Madrid informed Fabián’s surroundings they are unwilling to pay a hefty fee to sign him. Therefore, he has refused to sign an extension and will only sign a new contract with a release clause that Los Blancos are willing to pay.

It’s claimed the fee shouldn’t exceed €100m and AS are of the belief this would be the best scenario for Fabián and Real Madrid, especially considering Napoli chairman Aurelio De Laurentiis’ reputation of being a tough negotiator.

It remains to be seen if Manchester City can convince Fabián to join them, amid suggestion that Real Madrid remains his first choice.