Marca report on Wednesday that Manchester City are one of a number of clubs keen on signing Timothy Tillman. The 18 year old attacking midfielder is currently with Bayern Munich, on a contract which lasts until June 2018, but there have been rumours about a possible move.

The Spanish newspaper say Tillman has a desire to play for Barcelona, and the club have been made aware of that. The player’s representative has confirmed receiving an offer from Barcelona, and Marca say Manchester City, Atletico Madrid and Real Madrid are also interested.

Bayern Munich are trying to stand in the way of a quick move, but wouldn’t try to keep the player against his will. Whilst it’s claimed that, despite 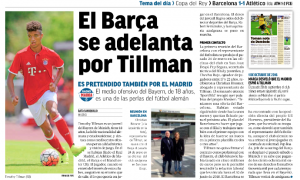 turning 18 in January, Tillman isn’t on a full professional contract, Bayern can keep him until 2018, which doesn’t make a great deal of sense.

Should Pep Guardiola be very interested then it’s worth Manchester City contacting Bayern Munich and trying to build a deal amicably, pushing Barcelona out of the picture in the process. 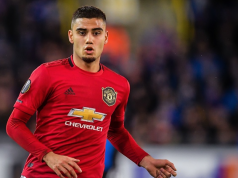