Dayot Upamecano is a boyhood fan of Manchester United and the Bayern Munich star dreamed of the Red Devils as a youngster.

That’s according to the defender’s friend, Eder Verissimo, who now plays for Évreux FC 27, a fifth division club in France. The duo were both born in Évreux.

Prior to joining Austrian side Liefering in 2015, the centre-back went through the academy of Vaillante S. Angers, FC De Prey, Évreux and Valenciennes.

Verissimo was with Upamecano at Évreux and Valenciennes, and also off the pitch, at Georges-Politzer college.

The France international moved to Red Bull Salzburg in 2016, before joining RB Leipzig a year later. His performances for the Bundesliga side convinced Bayern to acquire his services in the last window. 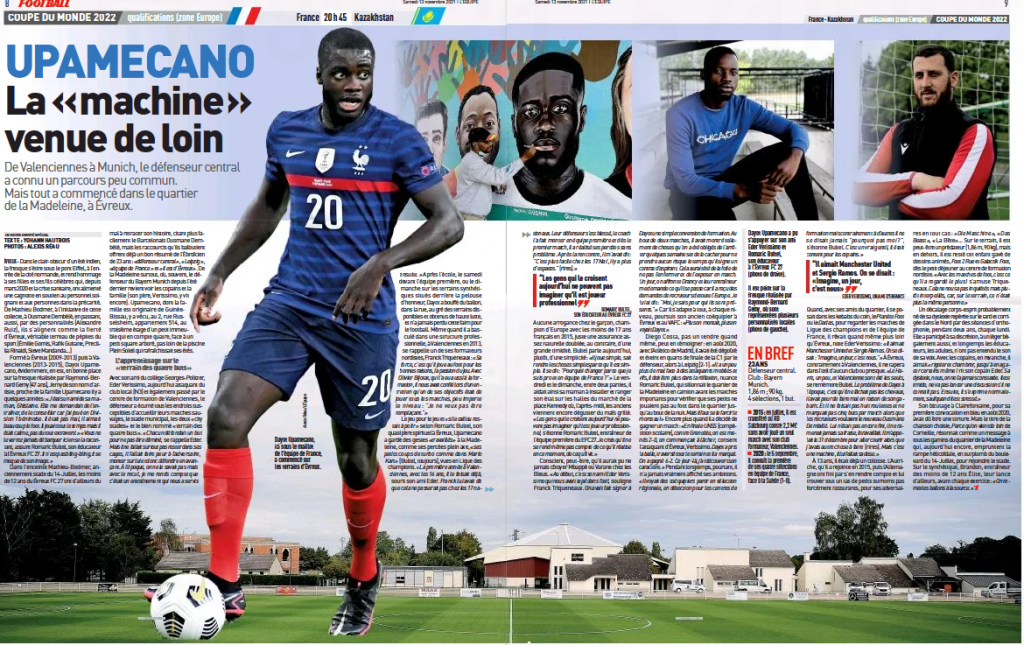 Saturday’s edition of L’Equipe has an interview with Verissimo, with the newspaper saying Upamecano ‘dreamed’ of big things as a child.

“He loved Manchester United and Sergio Ramos. We were like, ‘Imagine, one day it’s us’,” Verissimo said.

The player’s contract with the Bavarian club runs down in 2026 and it’s unlikely for him to fulfil that childhood plan of joining United anytime soon.