It’s interesting how the Bruno Fernandes rumours went quiet for a few days, and suddenly, all the Portuguese newspapers bring it back, saying Manchester United are about to make a bid.

Earlier today, we already covered A Bola’s take on the situation, and it turns out that three other outlets have their own updates as well.

Starting with O Jogo, they say Manchester United are finally making an offer for the Sporting captain, and will start negotiations by making a €55m bid.

They say the Red Devils were supposed to deliver this offer over the weekend, but weren’t able to, and now should it present it ‘at any time’.

It’s claimed the Lisbon club’s president Frederico Varandas continues to demand €70m for the sale, but both Sporting and Manchester United will give in a little so an agreement can be found. 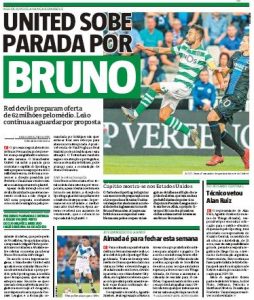 Meanwhile, Record says the process could have ‘significative advances’ this week, as Manchester United are preparing a bid of €62m… a claim we think they’ve got from England.

It’s claimed that this is still not enough to convince Sporting, who want €70m. But agent Miguel Pinho will still deliver the bid to the club this week.

The only newspaper who brings a completely different story is Correio da Manhã. That’s funny, because they were the only ones encouraging the transfer for the past couple of weeks, and now come putting pressure on United.

They say PSG have entered the race and are a ‘heavy adversary’ to battle for the midfielder. They also add that Tottenham Hotspur and Manchester City are still keen.

This sounds like an urge for the Red Devils to move fast, and we wonder why are they the only outlet with this stance. 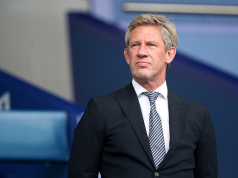 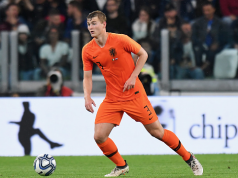