Liverpool star Alisson spoke to the Brazilian press following the Reds’ 2-0 win over Chelsea at Stamford Bridge on Sunday.

Besides the great result in London, the goalkeeper displayed his happiness after saving a penalty from Jorginho which guaranteed his side’s clean-sheet against the Blues.

Alisson revealed he’d been disappointed at not saving any penalties in the shootout against Arsenal in the Community Shield last month, and now feels some relief by being able to help his team.

“I was studying him and it was full of green balls (goals),” Alisson told ESPN Brasil’s Natalie Gedra.

“I could see that he’d scored a lot of goals. He’s certainly a taker who’s an expert. It’s very difficult. The way he goes, he doesn’t have a defined corner, he waits for the goalkeeper until the end. And nowadays it’s not new, everyone studies. He probably studied me too, I studied him. But he has a way of hitting. I was happy to wait until the last second without taking a step.

“We’ve been at the Community Shield, when the goalkeeper doesn’t save, it’s not something that takes away your confidence, but it’s something that makes you a little down. I knew I had to give an answer to my teammates on the pitch. Perhaps it wouldn’t interfere with the result at the end of the match, but we certainly had the clean-sheet back, it was something we had been pursuing a lot. And the opponent had the quality to create the opportunities. I am very happy and very grateful to God for giving me the opportunity to save the penalty today.”

Alisson was also asked to talk about Thiago Alcantara.

Liverpool’s €30m signing started on the bench, but was called on to make his debut for the Reds. Despite giving a penalty away, the Spaniard still managed to show his passing skills in the minutes he had.

“I see that his entry was necessary. Hendo felt something, I don’t know what. I don’t know if it was a discomfort or a blow. It was a necessity for him to enter and he’d done three or four training sessions with us. Showing his quality, the level of player he is, a player capable of competing for a position within the team. And certainly his entry gave mobility and a lot of movement in the midfield for us to be able to create spaces, find difficult passes, he’s a player who has this quality, to find passes between lines. He certainly contributed a lot to our victory.”

Liverpool now prepare to face Lincoln City for the League Cup on Thursday. Their next Premier League challenge is against Arsenal at Anfield in a week. 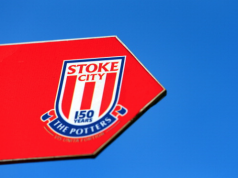