Erling Haaland has already scored more than 30 goals for Borussia Dortmund this season and his fine form has garnered interest from top European clubs.

‘Battle for Haaland’ was written in bold on the front page of Sunday’s Mundo Deportivo.  Within the report, it’s stated the No. 9 ‘dreamed’ of by Barcelona is also on the agenda of other clubs, and this includes Liverpool.

The Reds have struggled in their title defence this season and are currently eighth in the table with 43 points, trailing fourth place Chelsea by eight points with a game in hand.

Jürgen Klopp has seen his side suffer six defeats in the last seven league matches and the Merseyside club have failed to score a goal in three of their previous four fixtures.

Sadio Mané has gone without scoring a league goal for more than a month, while Roberto Firmino has only one goal to his name in 2021. 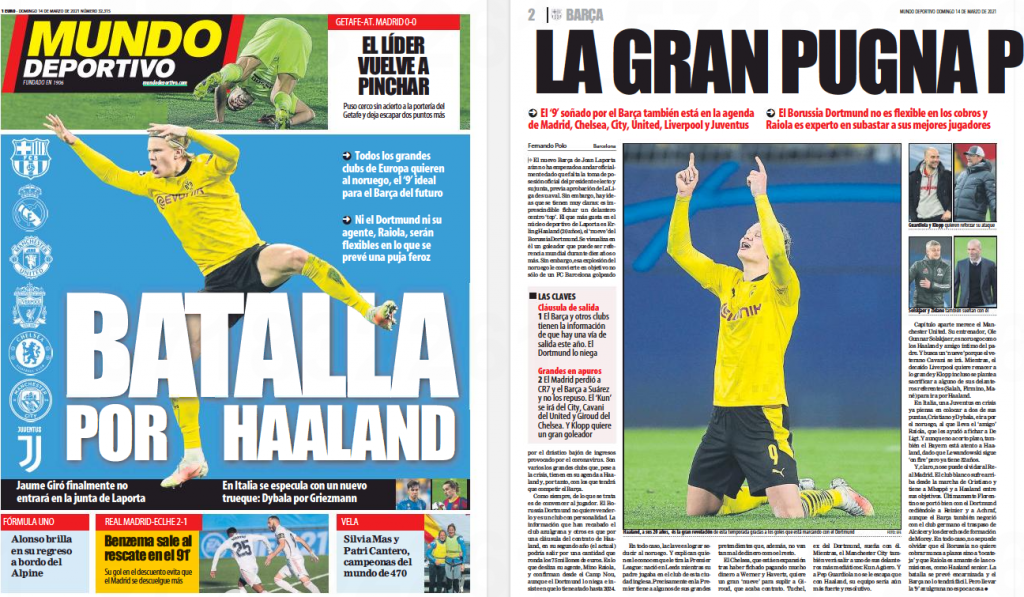 Mundo explain the ‘fallen’ Liverpool want to be ‘reborn in a big way’. It’s claimed Klopp is considering ‘sacrificing some’ of the Anfield attackers (Mohmed Salah, Firmino, Mané) to ‘go for Haaland’.

Haaland’s advisor Mino Raiola leaks information about the €75m release clause that will come into effect in his second year [according to Mundo this is his second year] with the Bundesliga side.

However, Dortmund continue to deny the rumoured release clause and insist they have the star tied until 2024.

The Premier League ‘seduces’ the Norway international, but Liverpool will face competition from the likes of Manchester United, Manchester City and Chelsea. In addition to this, Real Madrid, Barca and Juventus are also after the striker. 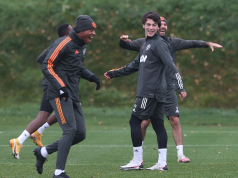