Earlier today, we covered claims made by AS that Real Madrid and Liverpool are the ‘best placed’ teams to sign Kylian Mbappé.

It was also explained the forward, who has a contract at Paris Saint-Germain until 2022, has been rejecting renewal offers for the past two years.

According to Marca, there could be a ‘cascading effect’ on those players who want to leave their respective clubs in the summer, if Lionel Messi ends his time at Barcelona.

PSG and Manchester City are now named as potential candidates for the Argentine and it will ‘suit’ Real Madrid if he ends up in Paris.

That’s because Marca are of the belief it will be impossible for the Ligue 1 winners to have Neymar, Mbappé, and Messi in their squad next season.

In other words, PSG will be forced to reduce their salary budget to accommodate Messi and that can be done by offloading the France international.

Those in charge at the Spanish club are aware it will be difficult to get the World Cup winner out of PSG and they will have to sell one of their prized assets to finance the Mbappé operation.

If Zinedine Zidane’s side cannot financially manage the operation to sign the 22-yer-old, Liverpool are ‘clear’ that they can. Marca explain the Reds are a ‘very serious option’ for the 22-year-old as Jürgen Klopp ‘loves’ him.

His arrival would suggest the Merseyside club will have to let go one of their stars and earlier reports indicated the Liverpool manager is ready to part ways with Mohamed Salah to accommodate the PSG star. 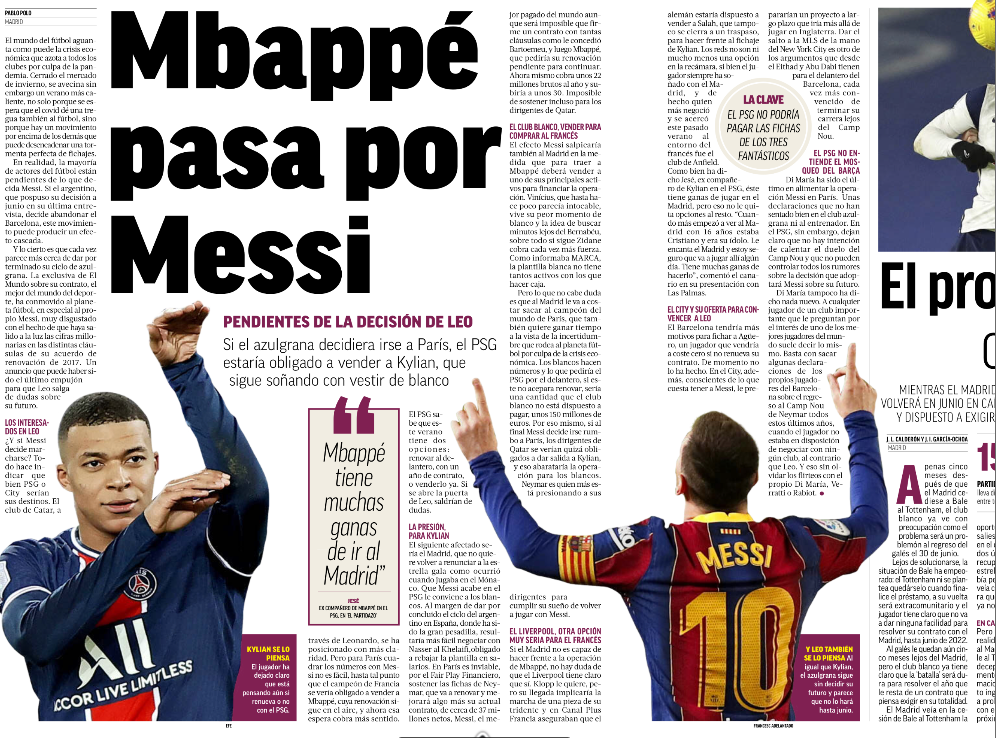 Mbappé has dreamed of Real Madrid, but Marca explain Liverpool are the club ‘who most negotiated with and approached’ the player’s environment last summer, so efforts are already underway.