Every year, when the Copa São Paulo is held, several European sides go and watch the many U-20 talents who are starting to shine in Brazil.

One of the big names who are featuring in the tournament this year is Endrick de Sousa, a 15-year-old striker from Palmeiras who scored two goals in their first game and has ‘already caught the world’s attention’.

And according to reports from Brazil, several clubs have already got in touch for his signing, including Premier League sides Liverpool and Manchester City.

Yahoo journalist Jorge Nicola writes that Reds and Citizens made contact with the youngsters’ staff and ‘show their interest’.

It seems the approach from European sides are still in early stages, as there’s no information on any real attempt from Liverpool and Manchester City to sign the teenager, who had 165 goals in 169 appearances at the academy.

Since the player is only 15, he still doesn’t have a professional contract with Palmeiras.

So according to Nicola, to sign him from the Brazilian side now, the interested club would need to pay 200 times what the Verdão spent on financial help, study, training, health and accommodation.

How much that is, however, isn’t said. 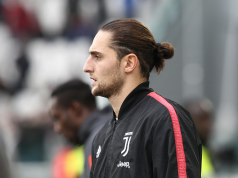 Club have ‘begun to inquire’ about Tottenham man – Talks ‘still...