Last week, we carried a report from FcInterNews, who explained Liverpool’s ‘interest is real’ in signing Rodrigo De Paúl and the Mersyeside club have contacted his agent Mino Raiola several times.

The Reds have joined AC Milan and Inter Milan in the race for the Udinese star.

Il Milanista now claims the midfielder is ‘coveted’ by many clubs, including Stefano Pioli’s side as the player is the ‘first name’ on Paolo Maldini’s list for the summer.

The website also details various challenges the Rossoneri will face to complete the deal for the Argentina international.

Udinese have slapped a €40m valuation on the player , but this figure is deemed ‘very high’ for Italian clubs.

Apart from the price tag, the competition from England, and in particular from Liverpool and Leeds United, is causing concern for Milan. It’s claimed Jürgen Klopp’s side are in the ‘front row’ to sign De Paúl.

Corriere del Mezzogiorno explain Napoli are also chasing the Udinese midfielder, and this is relayed in Il Milanista’s report.

It’s not made clear whether or not Liverpool are ready to match the €40m asking price set by Udinese for De Paúl, who has has nine goals and 10 assists in 34 Serie A matches this season. 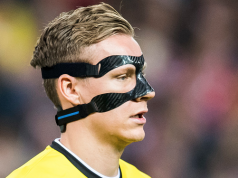