SportBild this week have a double page spread on Mario Gotze.

The player can be seen on the beach in both June 2015, a year after winning the World Cup, and in January 2019, a few months after he wasn’t even involved with the Germany squad for Russia 2018.

Gotze doesn’t exactly look in bad shape for the first image, but the difference with the second is still big.

Having struggled with medical issues which impacted upon his weight and fitness, the 26 year old is now getting his career back on track and SportBild suggest a Germany recall could be on the cards in the future.

So far this season he’s matched his goals and assists tally for the last Bundesliga campaign (two and three) in less than half the minutes.

The German magazine contacted Liverpool manager Jurgen Klopp to get his opinion on the player’s current situation. Klopp worked brilliantly with him at Borussia Dortmund and Gotze has subsequently been linked with a move to Anfield repeatedly. 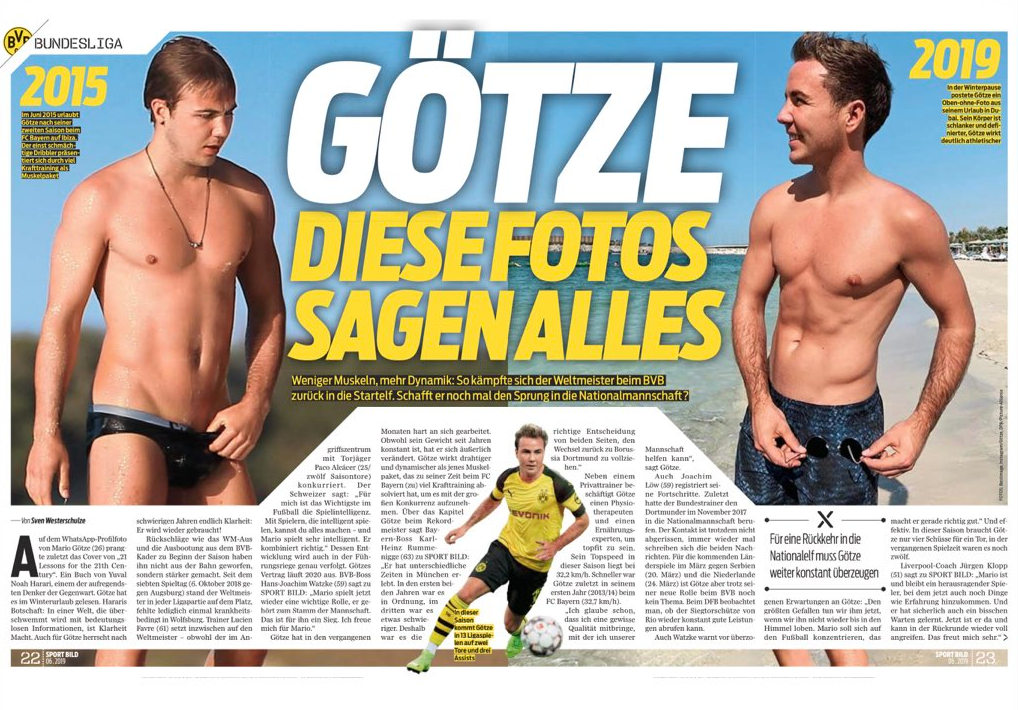 There’s no mention of that at this time, Gotze needs to, and probably wants to, concentrate on his Dortmund career rather than thinking about Liverpool or any other club.

Klopp is nevertheless happy to share his pleasure at the footballer’s current state: “Mario is and remains an outstanding player, adding things like experience to it now. And he has certainly also learned to wait a bit. Now he is there and can fully attack again in the second round. That pleases me very much.”

If it continues, the Liverpool links will return, with Gotze’s contract ending in June 2020.