Serie A side SPAL have been linked with a move for Aston Villa youngster Pierluigi Gollini, following their interest in Leeds United’s Marco Silvestri. Gollini has spent the last six months on loan with Atalanta, but his future with the Serie A side is uncertain.

SPAL were recently promoted to the top flight for their first time in their history, and they are now looking to make improvements to the squad, including the No.1 position.

The Italian side are looking to bring in players with Serie A experience, and Tutto Atalanta claim Gollini is an option following his time with Hellas Verona.

The Aston Villa player made 26 Serie A appearances for Verona during the 2015/16 season, before his move to England last summer.

Since Gollini joined Atalanta in January he’s struggled to get games, and a switch this summer could be on the cards. The Serie A side have an option to sign the 22-year-old outright from Aston Villa next summer, but it’s unknown if they will activate this.

Earlier this week we covered reports from Italy that Leeds United goalkeeper Silvestri is another name being considered by SPAL, along with AC Milan goalkeeper Gabriel. Silvestri’s future at Leeds United is uncertain, and with just 12 months left on his contract with the Championship side he may have a decision to make this summer.

With Rob Green signing an extension to his Leeds United contract, the 26-year-old could possibly return to his home county, with Bologna also linked. 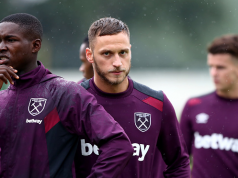