Home Europe Leicester ‘have already told’ club what their intentions for player are –...
SHARE

Loaned to Leicester City by AS Roma in order to get some guaranteed game time, Cengiz Ünder has failed to get that at the King Power Stadium.

He’s been given chances, but it appears Brendan Rodgers favours other members of his current squad to ensure the Foxes qualify for the Champions League, meaning a return to Rome is expected.

We’ve covered various articles hinting at that, with one reporting the decision had been taken from Leicester, while other clubs are already chatting with the player.

What we didn’t have, however, was the news the Premier League side had officially reached out to AS Roma to let them know of their decision. 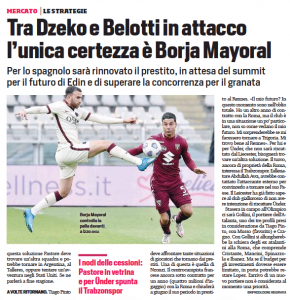 That’s what Corriere dello Sport give us on Thursday, claiming Leicester ‘have already told Roma they have no intention of purchasing Ünder’.

It’s explained Trabzonspor in Turkey are interested in him, giving him a potential way out of a blocked path in Italy going forward.