Leeds United have been heavily linked with Nahitan Nández and at one point, the Cagliari player was expected to join the Premier League side after his agent admitted a move to England is a possibility this summer.

On Thursday, we carried a report from Calciomercato, who explained the Whites ‘appear to have let go’ of Marcelo Bielsa’s transfer target.

Inter Milan are attentive to his situation and FcInterNews are now reporting the Uruguay international is ‘more than welcome’ at the San Siro.

Leeds’ effort to sign the 25-year-old is highlighted and the website states the English club’s ‘assault [was] over in a short time’.

Simone Inzaghi’s side, down at their end, never stopped ‘aiming’ at the South American and there could be some movements on this case.

It’s claimed Nández’s agent Paulo Bentancourt ‘could arrive in Milan in the next few hours’ to discuss his client’s transfer to Inter.

Cagliari want Radja Nainggolan, who’s desire has always been to wear the jersey of the Sardinia club.

Inter are working to get rid of the Belgian and this option could make Cagliari happy. This could allow Inter chief Giuseppe Marotta to ‘force his hand’ on Nández.

As things stand, Nández is moving away from Leeds and his agent’s expected arrival in Milan underlines that. 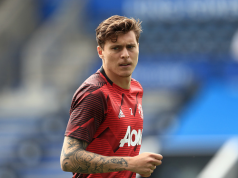 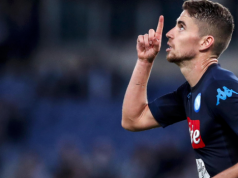