Leeds United striker Rafa Mujica is ‘already packing his bags’ as he prepares to swap Real Oviedo for Las Palmas.

That’s according to La Voz de Asturias, who back up reports that Mujica is set to switch Spanish club’s this month.

Mujica, who joined Leeds from Barcelona in 2019, is currently on loan at Real Oviedo in the Spanish second division, have joined them in August last year.

It’s his third loan spell back in Spain since joining Leeds, having had previously stints with Villarreal and Extremadura.

His time with Oviedo has not been a happy one thus far, with him managing just five appearances and 132 minutes of football for the club, who currently sit 12th in the table.

That’s led to reports that he could end his deal and return to Elland Road to try and find another club, and regular playing time elsewhere, this month.

He’s now found just that according to La Voz de Asturias, who say he is set to join Las Palmas until the end of the season.

They claim the striker will end his deal at Oviedo ‘in the next few hours’ and is already ‘packing his bags’ to head home and join Las Palmas, where he played as a youngster.

It’s stated that the operation between the three clubs is ‘about to close’ and the agreement to end one loan deal and then set up another could be announced in the ‘next few hours’. 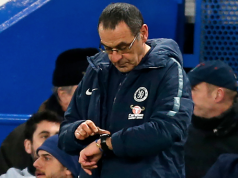 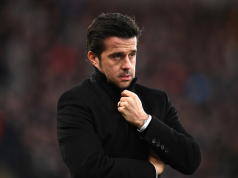