Leeds United are refusing to allow their defender Giuseppe Bellusci to join Empoli this summer. The 26-year-old has been linked with the Serie A side in recent weeks, but a deal now looks unlikely in this transfer window.

Il Tirreno claimed over the weekend that Leeds United have made a stand on Bellusci joining Empoli on loan, despite reports the central defender would be returning to his home country. Empoli have been linked with a host of players as they look to strengthen their squad for next season.

However, in the past week a deal to bring Bellusci to the Tuscan side has become complicated, and it now seems Leeds United’s reluctance to allow him to join Empoli on a loan deal is the reason for this.

Bellusci has also been linked with a move to Ascoli, Torino and Bologna.

This will come as a blow to Bellusci after the Leeds United man came in for criticism last season. The Italian only joined Leeds United two seasons ago, but has frequently returned to Italy in that period to watch his former club Ascoli. 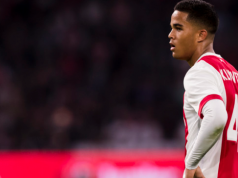 West Ham ‘tried’ to sign 34-year-old – ‘Rejected’, ‘not a solution the defender likes’