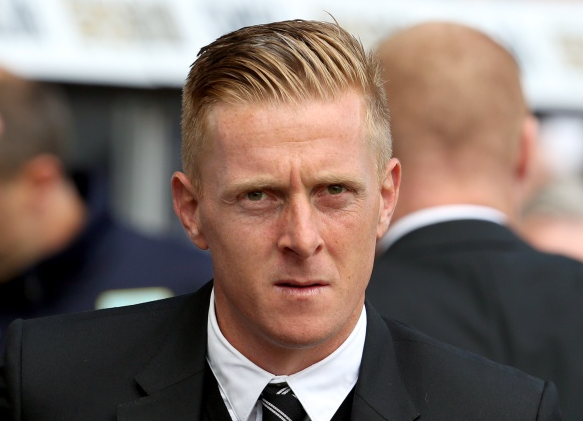 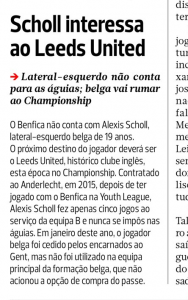 Leeds United are reportedly close in on signing the Benfica left-back Alexis Scholl.

In a very short article in their Tuesday edition, Portuguese newspaper A Bola says the player’s destiny looks likely to see a transfer to Leeds United, despite giving no information on the what conditions, or financial agreements, a deal has been agreed upon.

Scholl signed for the Portuguese side from Anderlecht last summer. After spending a few months at Benfica B, he was sent on loan to Gent, but the Belgian club have chosen not to use their buying option.

With three appearances for Gent, the 20-year-old only has 68 minutes playing as a professional. In the article’s headline, A Bola says that Leeds are interested, but the actual article would lead the reader to believe he’s on his way to Elland Road.