Rejoice Leeds United fans, as there appears to be more good news in your club’s attempts to try and sign Ian Poveda from Manchester City.

Thursday was already a good day, as Tuttosport reported that Marcelo Bielsa’s side had offered ‘much more’ than their main competition, Torino, to try and entice the England U20 international.

While the Italian newspaper don’t name Leeds United explicitly, they do hint that a move to the Championship club is a bit likelier than seeing Poveda move to Italy, and it comes down to those close to him. 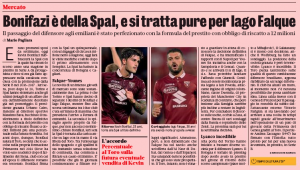 According to Gazzetta, Torino ‘continue to monitor the avenue’ that leads to the Manchester City youngster, but they explain his family ‘would be more inclined to stay in England’.

Considering Leeds are the only English side that have come knocking (that we know of, at least), that gives us a good indication of where Poveda could be heading.