Home Hull City Hull City get another offer from China for forward, still waiting for...
SHARE
Embed from Getty Images

According to Tutto Mercato Web today, Bejing Guoan weren’t the only club who made a bid for the striker. Tianjin Quanjian are keen on him as well.

Although claiming that Bejing Guoan offered €18m, they don’t seem to know how much Tianjin Quanjian are willing to pay. It’s said that Hull City’s demand is still of €20m.

But the Tigers are resisting, and it’s mentioned they could even wait for his contract to expire instead of letting him go in such an important time of the season.

With the deal ending in 2018, there’s still time for the club to speak to Hernandez and convince him to sign an extension. We don’t see a reason for the rush mentioned by Tutto Mercato Web.

Not long ago, Hernandez’ agent told the same website he had three Chinese clubs interested in this clients, but Hull wouldn’t give in.

So it’s no secret that the representative is putting pressure and feeding the Italian press. It seems that Hull will just have to deal with it. 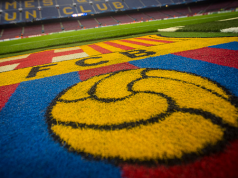