FC Porto released their annual financial report this weekend, and the Portuguese press had a lot of stories to write about it.

One of these articles was about Laurent Depoitre, who was sold to Huddersfield Town this summer. As he had been bought from Belgian side Genk in a €6.5m deal one year earlier, the local outlets were curious to know if there was a big loss in the transaction.

And A Bola were caught by surprise when Porto announced that Depoitre joined Huddersfield for only €3.8m. From that fee, the Premier League side have only paid €500k so far.

The Portuguese press expected more because the move was reported as a ‘record fee’ at the time, and A Bola recalls that the rumours mentioned a €5m payment.

The outlet also points out that although many transfers have clauses related to performance, Depoitre’s move doesn’t have any details about it. 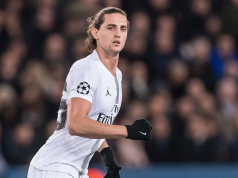 “That’s why I made the decision” – Player explains reasons for...