One year ago, Sporting signed Bryan Ruiz from Fulham for €1m.

This amount was never paid completely, so the clubs are now in talks to reach a friendly deal about the debt, O Jogo reports.

Instead of paying what’s left, the newspaper reports that Sporting offered Fulham one of their youngsters on loan.

The strongest name for now is Wallyson Mallmann. The 22-year-old isn’t considered to be ready for the Sporting first team, and after having a loan spell at Nice, he could end up landing in London soon.

The Brazilian made 20 appearances for the French side last season, having played both as a central midfielder as a number ten. Fulham are now considering the possibility of signing him, as they reportedly like the idea of having a player on loan instead of receiving the missing amount. 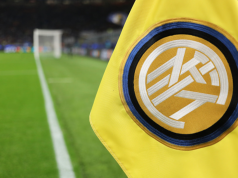