The Cottagers even flew in Michael Ngadeu-Ngadjui from the Czech Republic to try and sign the Cameroon international, currently at Slavia Prague, but that failed at the last minute.

Another name they made an attempt for was Club Brugge’s Benoit Poulain, whose contracted expires at the end of the season, seeing three separate attempts rejected by the Belgian side, with the highest coming in at €1.5m.

More details have now emerged about that last move, as Sport/Foot claim Fulham were ready to offer the French defender a €2m/year contract, which will have been a considerable increase on his current salary, only for his club to firmly stand in his way. 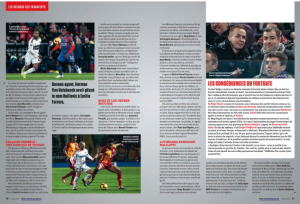 Even Mogi Bayat’s influence failed to sway the club’s board, and the 31-year-old will now see off the rest of his deal with Club Brugge.

We’ll have to see if he renews, but if he doesn’t, then Fulham could get another shot at getting their man, this time for free.