Leroy Sane has emerged as a target for Bayern Munich as the German champions are in the market for replacements for Franck Ribery and Arjen Robben, who have left the club.

The Bundesliga winners’ chiefs Uli Hoeneß and Karl-Heinz Rummenigge have already admitted their side are trying to sign the Manchester City star in the summer.

On the front page of today’s edition of Sport Bild, it’s stated the Bavarian club are ‘fighting’ for Sane.

The leaders of Bayern have been working for weeks on how to convince the Germany international to leave the Etihad and make a switch to the Allianz Arena.

In 2016, the Munich-based club wanted to sign the 23-year-old from Schalke, but they were unable to promise him enough playing time, which is why the deal didn’t take shape.

Bayern then had Ribery and Robben and following their departures from the club, Sane now has an opportunity to become the successor of superstars. 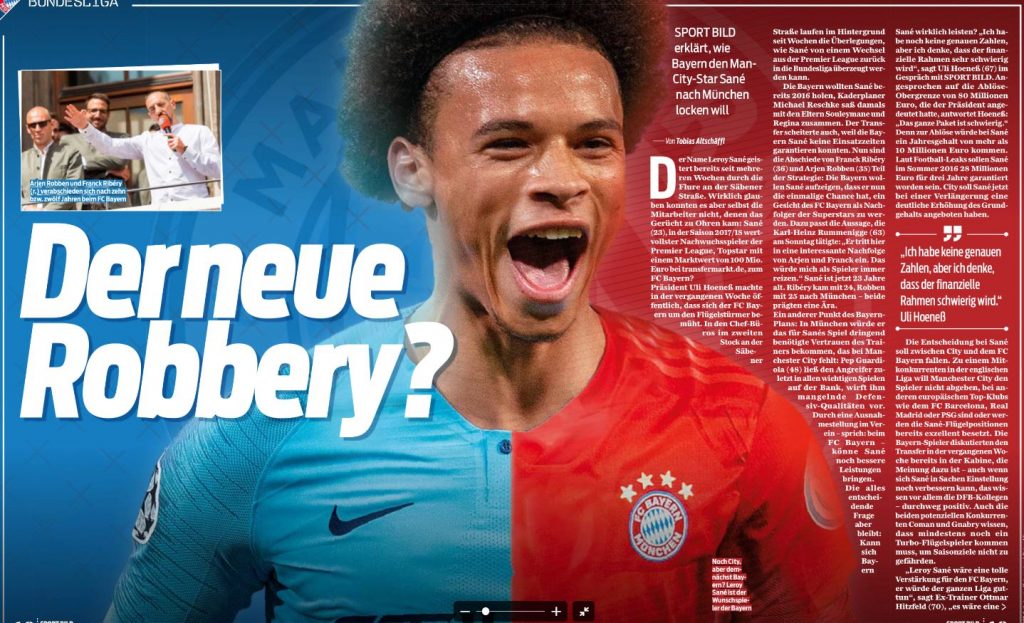 To convince the player to join them, Bayern are ready to offer the winger a better role under Niko Kovac than what he’s had under the guidance of Pep Guardiola.

At the end of 2018/19 season, the former Barcelona manager dropped Sane from the starting XI for key fixtures and this includes both legs of the Champions League quarter-final against Tottenham Hotspur and the FA Cup final against Watford.

Should he swap City for Bayern in the summer, Sane is expected to have a significant role at the club.

His contract with the Premier League winners runs down in 2021 and the biggest question is whether Kovac’s side will be able to afford him?

During an interview with Sport Bild, Hoeneß said: “I do not have any exact numbers yet, but I think the financial framework will be very difficult.” 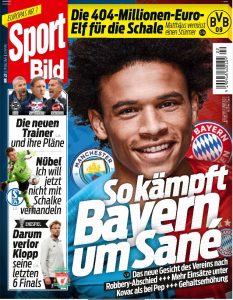 Hoeneß made this statement while referring to the club’s €80m fee limit and stressed the “whole package is difficult”.

Though Bayern are keen on Sane, whether or not they will be able to afford the Manchester City player is to be seen.