Home Europe After failed summer attempt from West Ham, player could be available for...
SHARE

One of the big sagas of the summer was the future of Nikola Milenkovic, whose contract at Fiorentina was originally meant to expire in 2022.

That led to a lot of interest, with the prospect of a good deal on the cards for interested parties, and West Ham United were one of the clubs lurking around.

In fact, the Hammers came extremely close to signing him, but, as Firenze Viola recall on Friday, ‘between the player’s will and the failure to agree on the commissions for his agents, the deal failed in the end’.

The player eventually extended his contract with Fiorentina by a year, tying him down until 2023, which gave the club some breathing room for another season before going through it all once again next year.

In the meantime, a few rumours have emerged, with Gazzetta dello Sport claiming Milenkovic ‘has just obtained from Rocco Commisso (Fiorentina’s owner) the possibility of leaving for €15m’. 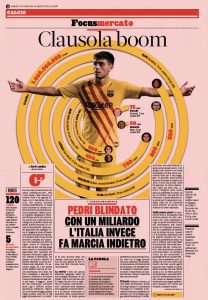 That would be a great deal for many involved, but Firenze Viola deny that quite strongly, claiming that ‘in reality, neither the agents nor the owner have thought of this possibility, both because the price could rise and because without official writings, it would have no value, even among gentlemen’.

Therefore, they explain that any price agreed for a sale next summer ‘will be written by his performances and by his relationship’ with both the club and his current manager.

In short, ‘nothing has been decided, not even the possible price for him’.

We’ll have to see about that, but while Kurt Zouma’s arrival will have lessened the need for Milenkovic, the possibility of a €15m agreement between all parties could open the door for another Premier League club to sign the Serbian.