It’s a good time for a quick recap.

On Thursday, Brazil’s UOL published a story claiming Richarlison was the subject of £50m+ offers in the January transfer window, but Everton didn’t even flinch. The player was described as ‘irreplaceable’.

If anyone wanted to test Everton’s resolve, it’d take £70m, and even then the Toffees wouldn’t have to sell. The player himself was said to be happy with Marco Silva and certainly wouldn’t push for a transfer.

The part of the story which received the most attention was a claim Richarlison’s agent Renato Velasco recently met with Liverpool manager Jurgen Klopp. A potential move to Anfield was suggested, with it being pointed out the Liverpool boss has previously spoken well of the Brazilian.

Then on Friday, a picture started doing the rounds in Brazil. It had been taken from Velasco’s Instagram, and showed him with Klopp.

That backed up a meeting, but not the reason for it.

Sport Witness subsequently contacted Velasco, who explained the whole thing has nothing to do with any Liverpool interest and is in fact related to another footballer.

“So my meeting with Klopp had nothing to do with Richarlison,” explained the representative. “I am an agent of a player of Germany (Noah Weißhaupt), of Freiburg and the U20 of Germany, where his father played with Klopp and they’re friends. So they did not see each other in time and I went to his house to take Marcos (the father).

“It has nothing to do with Richarlison, the people who made the link have added one thing to another.”

Klopp and Weißhaupt were briefly teammates at FSV Mainz 05.

So that’s that then. 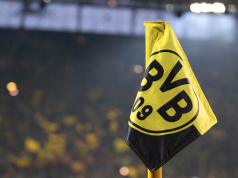