Florent Sinama-Pongolle and Anthony Le Tallec were the two French players signed by Liverpool when Gérard Houllier was in charge at Anfield.

The Reds agreed a deal with Le Havre for the duo’s transfer in 2001 and after allowing them to spend the following two years on loan at the French side, they returned to the Merseyside club in 2003.

Sinama-Pongolle and  Le Tallec have already hung up their boots and they took some time off to do a lengthy interview with L’Equipe. The former detailed he was in touch with Arsenal, who then had Arsène Wenger as their manager, before moving to Anfield.

The majority of the interview is dominated by their time at the Premier League side and how the two forwards ended up joining Liverpool after impressing for France’s youth team at the UEFA European U16 championship and the FIFA U17 World Cup.

Le Tallec admitted Houllier’s presence convinced him to join Liverpool. Sinama-Pongolle, meanwhile, detailed why he decided to join the English champions despite being in contact with Arsenal. 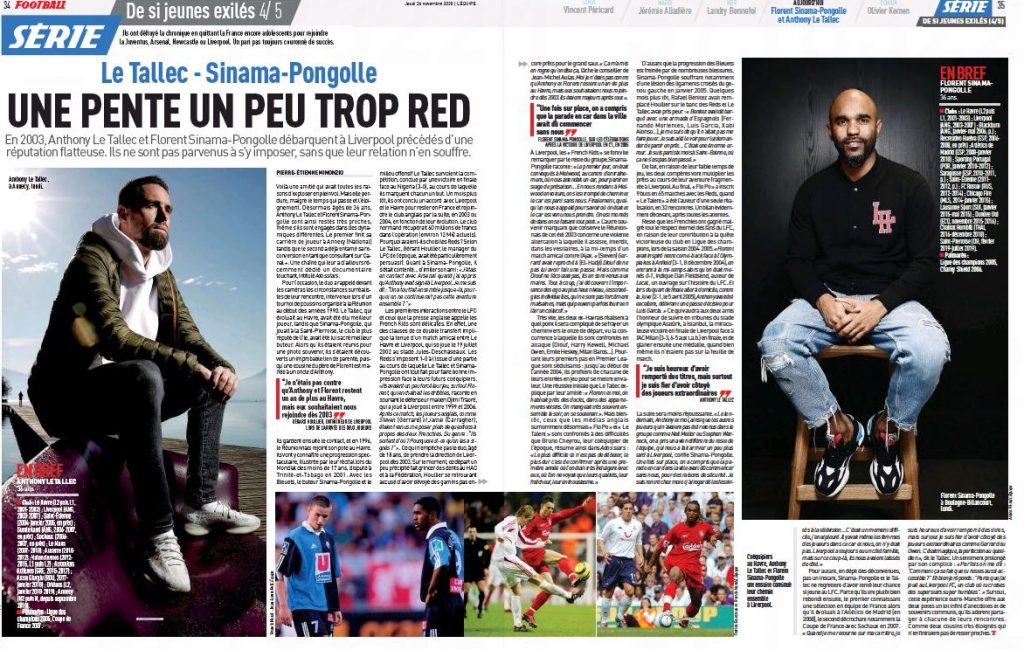 “I was in contact with Arsenal when I learned that Anthony had signed for Liverpool. I said to myself: ‘We’ve done everything together so far, why don’t we continue this adventure together’,” Sinama-Pongolle said.

As part of the agreement between Liverpool and Le Havre, the Reds had to play a friendly against the French side, which took place in July 2002. Former Liverpool stars Steven Gerrard and Jamie Carragher had questioned the French duo’s signings.

“They had forced their game a little, especially Florent, who chained the dribbles,” said Djimi Traoré, who played for Liverpool between 1999 and 2006.

“After this match, the English players, like Steven (Gerrard) and Jamie (Carragher), came to ask me lots of questions about the two Frenchies. Like, ‘Where did they come from? Why did we sign them?’.”

Sinama-Pongolle didn’t hit the heights he was expected to, and may have found more joy had he moved to Arsenal. Following his refusal to the Gunners and his stint with Liverpool he played for eleven different clubs.