Djibril Sidibé probably isn’t having the impact he’ll have hoped for when agreeing to move to Everton on loan for this season.

The AS Monaco player is looking to get his career back on track and likely has hopes of being included in Didier Deschamps’ France squad for Euro 2020. Those hopes will have been given a boost last week when the fullback was called up as injury cover for the current international break.

Yet, if he’s not getting regular minutes for Everton, and impressing whilst doing so, then he’d need France’s other right-back options to suffer a plague of injuries to help him make the tournament.

Everton themselves are still being linked with options for the position, and there’s been suggestions the club aren’t entirely thrilled with what they’ve seen from Sidibé so far.

A quick exit in the January window is even being discussed, with Tuttosport reporting he’s been marked out as an option for AC Milan. 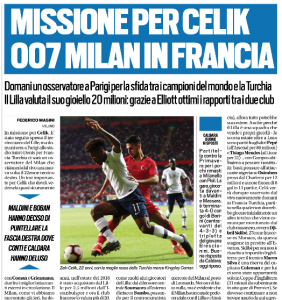 may be possible given the Frenchman’s lack of playing time so far.

Milan will have someone watching several players as France take on Turkey tonight, but Sidibé isn’t expected to start.