On Christmas Eve, Sport explained that Everton are ‘best placed’ to sign Philippe Coutinho in the winter market.

The Catalan media continue to link the attacking midfielder to English clubs as Barcelona are keen to get him off their books in the winter market.

He has struggled for minutes and has seen young players move ahead of him in the pecking order.

Mundo Deportivo on Thursday explain the 29-year-old believes he ‘must look for a way out’ of the La Liga side next month, if he doesn’t want to ‘lose sight’ of representing Brazil at the 2022 World Cup in Qatar.

The Blaugrana had held a meeting with the former Liverpool star’s representatives before Christmas and made it clear the need for him to find a new club in January. 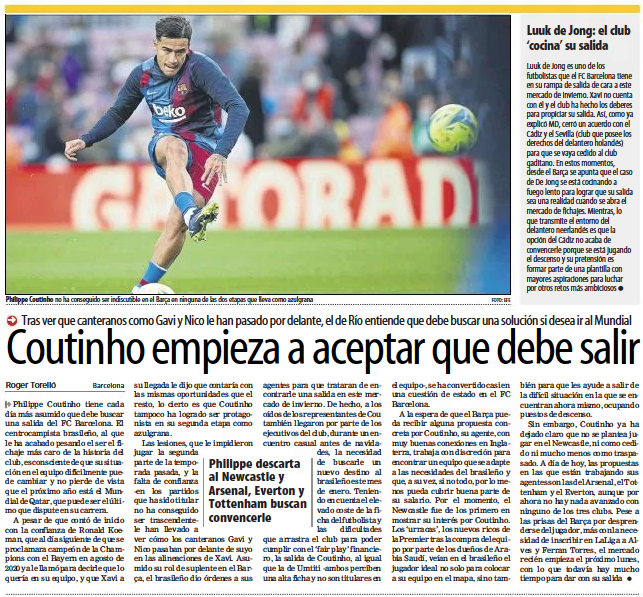 Xavi Hernández’s side are waiting to receive proposals for the player. Meanwhile, his agent ‘works discreetly’, to find a club that can suit Coutinho, and at least take care part of his current wages, if there is a loan transfer.

One of the proposals handled by the representative is from the Toffees, but there is ‘nothing advanced’ with the Merseyside club. Mundo say Everton are one of the clubs who ‘seek to convince’ Coutinho to join them in January.