The father of Everton striker Moise Kean is ‘convinced’ his son will return to Italy and some point and wants to see it happen ‘as soon as possible.

The Italian striker is currently on loan at Paris Saint Germain, with Everton sanctioning a last-minute, season-long deal on deadline day of the summer transfer window.

The move brought a temporary end to a miserable time on Merseyside for the former Juventus man, who struggled to establish himself under Marco Silva or Carlo Ancelotti.

What happens to him long-term remains to be seen, but his father has urged him to return to Italy and Serie A.

“What I want is for my son to return to play in Italy as soon as possible,” he told Calcio In Pillole.

“Here he grew up, here he became what he is now, and it is right for him to return to his country.

“This summer when there were rumours of Moise’s return to Juventus, I was very happy and hoped he would return, but in the end, they preferred another player.

“Even though I know it’s not over here, I am convinced that sooner or later we will see him again in our championship.”

The summer transfer window was certainly full of rumours about a move back to Juventus, with numerous reports indicating that manager Andrea Pirlo wanted Kean to be his fourth striker.

They struggled to get a deal over the line, though, with Everton having been resistant to the loan deals that the Italian giants proposed. That is unlikely to end the speculation about a move, though, with it almost certain that rumours about a return to Turin will come back at some point in future.

His father would undoubtedly be happy with that, saying he wants to see his son return to the club where he enjoyed his breakthrough.

“Juventus was the team that formed him,” he added.

“The first real contract he signed with the Bianconeri and from then on it has been a continuous growth.

“With Allegri, he was doing really great things, and I was very happy to be able to see my son perform certain feats.

“Juve’s ‘problem’ is that they always have too many champions, and since Cristiano Ronaldo has also been added, the space for Moise has been considerably reduced.

“I hope one day to be able to see him again in Turin.” 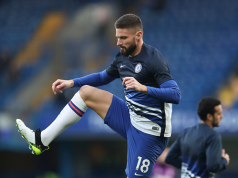