On Monday evening, Dutch newspaper De Telegraaf published an article explaining why Marc Overmars isn’t interested in taking a role at Newcastle United at this moment in time.

That came just weeks after hints in the Dutch media that the Ajax director was tempted to get involved with the club’s new investors. However, things have seemingly changed, and the newspaper explained Overmars hasn’t taken up an invite to have a chat with the Magpies in England.

They cover that all again in their Tuesday edition, as part of a wider feature which suggests Erik ten Hag would also turn down Manchester United.

When it comes to Newcastle, it’s said recent weeks have made clear the Mapgies are not yet a ‘dream club’. They’re rooted to the bottom of the Premier League and in a serious relegation battle, which will impact their power in the January market. 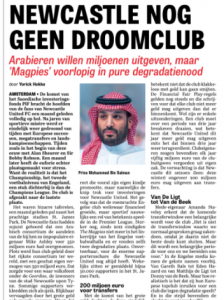 That means people like Overmars, and big name players being targeted, won’t be keen on chancing their future with the English club. 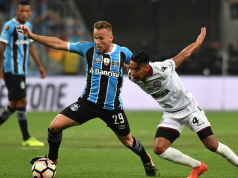 Arsenal ‘do not give up’ in bid to sign player – ‘New contacts’ in the ‘last few hours’, more expected

Manchester United have shown ‘real interest’ in signing – Situation could...