Manchester United midfielder Fred has insisted they are going to Anfield to win in this weekend’s top of the table clash.

United head to their fierce rivals at the top of the Premier League table, with their recent win over Burnley, their fourth in five league games, opening up a three-point lead over the champions.

A win this weekend would see them increase that gap to six points, a significant figure as the season enters its second half.

Getting a win at Liverpool is not as easy as it once was for Manchester United, though, with their last win at Anfield coming in 2016 courtesy of a Wayne Rooney strike.

Indeed, Liverpool are unbeaten at home since 2017, but Fred insists he and his teammates only have their eyes on the win.

“Dude, I don’t think anybody likes to draw too much, we’ll always go in to win,” he told Globo Esporte.

“If it’s a draw, it’s a draw. Both teams like to play a lot, they work well on the ball.

“But we’re not thinking about a draw, but a lot about winning, because we know we have the conditions.”

Whether Manchester United can get something at Anfield will be heavily dependent on whether Ole Gunnar Solskjaer can get his tactics right once again.

The United boss has seemingly hit on a winning strategy in the last few months, with a 4-2-3-1 formation helping to get the best out of the likes of Paul Pogba and Bruno Fernandes.

The former showing his ability is a major plus point, with his form having been a major issues since his arrival at the club.

It’s one of several plus points for Solskjaer this season and Fred insists the United boss is doing more than he is given credit for.

“He’s the head, he’s our coach. Obviously, the players have a lot of quality, but he helps us a lot in our day to day,” he added.

“He is a great person; he is a very young coach; he will evolve much more. It is important for us all to work with him, he helps us a lot, he is always talking.

“He always tries to be close; he was a player and knows how things are. He’s a guy that we rate a lot and trust him.

“We hand the work over to him, and we’re doing a great job. We have a lot to work with every day, and I’m sure we will be very successful.” 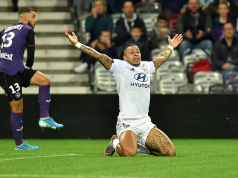