On June 29th, reports coming out of Spain explained Barcelona’s Clément Lenglet is ‘very close’ to joining Tottenham Hotspur on a loan deal.

Todays’ Mundo Deportivo states the defender sees a move to the north London club with good eyes and is waiting for the two clubs to find the formula for the definitive agreement for his transfer.

After being told he is not included in Xavi Hernández’s plans, the 27-year-old hopes the La Liga side will respect his decision to join Spurs, even if it is on a loan deal.

The France international is aware of the need to have more prominence at club level if he wants to make it to Didier Deschamps’ squad for the Qatar World Cup.

Lenglet is of the belief it can be achieved at the Premier League side, after Antonio Conte showed confidence in him. Mundo state this has been ‘decisive’ in his decision to opt for Tottenham. 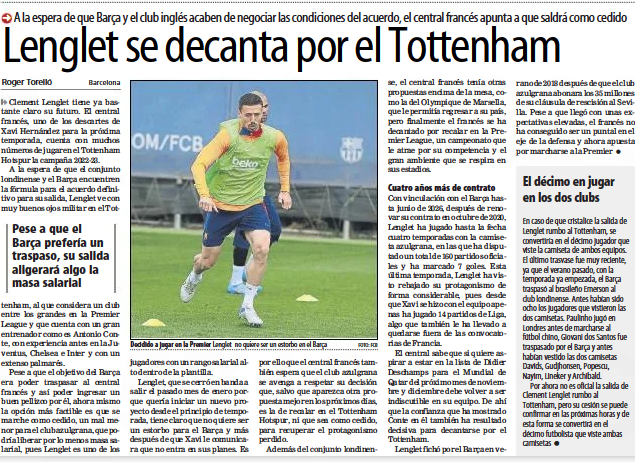 Over at Sport, they explain the two clubs want to seal the deal so that the former Sevilla man can join Spurs ‘immediately’ and doesn’t have to start the pre-season training at Barca.

They also say Xavi didn’t show confidence in the Frenchman, but that was not the case with the former Chelsea manager. It’s said Conte believes the defender can be a good signing for his side.

Last Friday, Lenglet had a conversation with Conte, during which the Italian explained his project 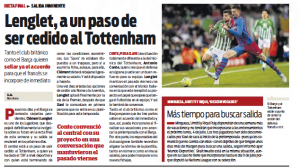 at Tottenham and the role the defender will have in his team.

This has convinced the player to join the English club. Sport add he is now ‘one step away’ from joining Tottenham on a loan deal.