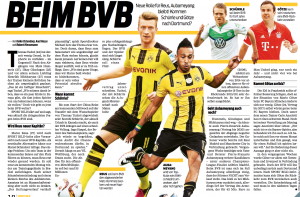 German magazine SportBild once again have a big feature on Borussia Dortmund transfer business this summer, and of course cover the subject of Mario Gotze and whether he may return.

A decision is expected on that possibility in the next few days, which should further shed light on where Gotze will be next season.

The midfielder had been made very aware very publicly by Bayern Munich that the club aren’t desperate for him to stay, and when even the warm and cuddly Carlo Ancelotti sounds cold about the situation then it’s more of a hint.

Ancelotti this week told German newspaper Bild: “I had a private conversation with him. I explained my position, he explained to me his position. He knows the opinion of FC Bayern.”

SportBild say Gotze wants to stay at Bayern Munich, they’d previously stated he was holding out for a move to a huge club like Real Madrid or Barcelona.

The interest of Tottenham is mentioned, and that’s died down slightly after a crazy weekend of Bild claims.

Over the weekend the German newspaper claimed that Tottenham had met Gotze’s father, now working as his agent, twice recently to talk about a possible transfer. 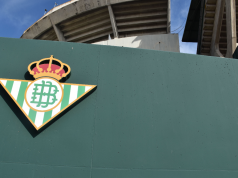