The Liverpool defender is available for transfer from the club after falling foul of Jurgen Klopp during the club’s pre-season tour. Sakho has been an outcast at Liverpool, and a transfer was expected to have happened before now.

There have been clubs interested, but Sakho has been keen on a Premier League move, which would help Crystal Palace, and Liverpool have been looking for a big fee.

With the transfer window now 24 hours from closing, Liverpool may have to revise their demands, and Crystal Palace would be hopeful of a good deal, and may even be able to get a loan for the defender.

L’Equipe Du Soir have claimed Crystal Palace have made an offer for the player, there’s not to long to go to find out if that will be successful. 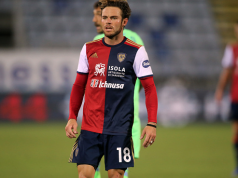