Despite all the exciting news about Chelsea’s efforts to sign Romelu Lukaku, Inter Milan are still waiting for an official bid to arrive, according to the Italian media.

Outlet FC Inter News writes that the Nerazzurri haven’t received the €130m offer which ‘has been commented on for days’.

The website writes there’s ‘feeling’ that Chelsea couldn’t raise the €110m bid which was already rejected, and the whispers at the Serie A side’s headquarters are that it may not be delivered at all. That would obviously result in the player staying in Italy.

Still, FC Inter News writes that in case the Blues put the €130m on the table, then it’s almost certain that Inter Milan will accept it. They say ‘all that remains is to wait for the official move by Marina Granovskaia’.

There’s been many protests among Inter Milan fans against Lukaku’s sale, as there had been a promise of a competing team and now they could let their biggest star go.

FC Inter News now writes that in case this transfer is done, the Nerazzurri will reinvest half of it on new signings for the squad. 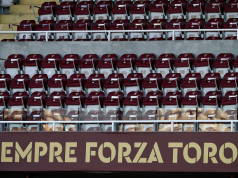 NT manager claims Everton player can be ‘sold for a lot...