El Confidencial report the ‘love story’ between Isco and Real Madrid ‘seems to be coming to an end’.

The Spaniard’s contract expires at the end of June 2022, and Madrid are already ‘probing’ the market to try and find a buyer. With cash problems heightened by the pandemic, they need sales to help fund incoming signings and Isco is currently one of the most talked about options.

He’s lost prominence under Zinedine Zidane, down to a mixture of technical choices, poor form and issues with fitness. Everton have been linked after James Rodriguez started well after he reunited with Carlo Ancelotti, and the Toffees get a mention from El Confidencial.

Talk of a €20m January offer from Everton has been around in recent days, but it’s stated Real Madrid would be ‘waiting’ for Arsenal to enter the picture, if only to provide competition for the Merseyside club and push the price up.

Arsenal have been linked in previous years, yet this stance from Madrid appears to be more out of hope rather than anything else, with it even being stated Mikel Arteta already has Dani Ceballos for a similar position.

That Madrid are scrambling around for interest in the 28-year-old shows just has much Isco’s star has faded in recent years. 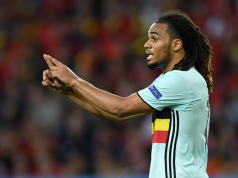