Loaned with great success to Hellas Verona last season, Ivan Ilić has become the centre of attention at the Serie A club these days.

Finishing 10th, in great part thanks to the Manchester City loanee, the Italians would like to keep the Serbian around for another campaign, but only on loan.

That’s according to Corriere dello Sport, who explain Verona are ‘continuing to work’ with Pep Guardiola’s side.

Manchester City are said to want to ‘monetise’ a sale by getting rid of him outright, for which they are demanding around €10m. 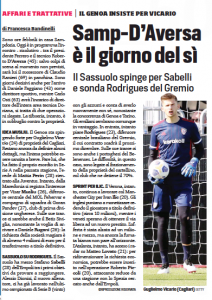 That’s a bit much for Verona, who are ‘hoping’ to get him via ‘a new loan’.

In order to sweeten the deal, it’s explained the Italians have ‘upped the offer to €1.5m’ to ensure they get their man temporarily, but the ‘white smoke still isn’t appearing on the horizon’.

Perhaps Manchester City are hoping for someone else to come in with a bid to buy the player outright, all the while keeping Verona’s offer in their back pocket for now.