Chelsea ‘return to charge’ for Sevilla star Jules Koundé, according to Wednesday’s edition of ABC Sevilla.

The Blues have new leadership, led by their owner Todd Boehly. After taking time to analyse and focus on other operations, there’s been a series of contacts between the La Liga side and the west London club for the defender in the last few hours.

Chelsea have opened negotiations with Julen Lopetegui’s side, and have informed them about their ‘firm intention’ to close a deal for the 23-year-old as soon as possible. The Blues have let the Spanish club know they will soon send a new offer, which will be in line with their demands.

Kobe doesn’t rule out the operation being closed before his client returns to Sevilla for pre-season training. At least, that’s what Boehly’s negotiating team have informed the agent. 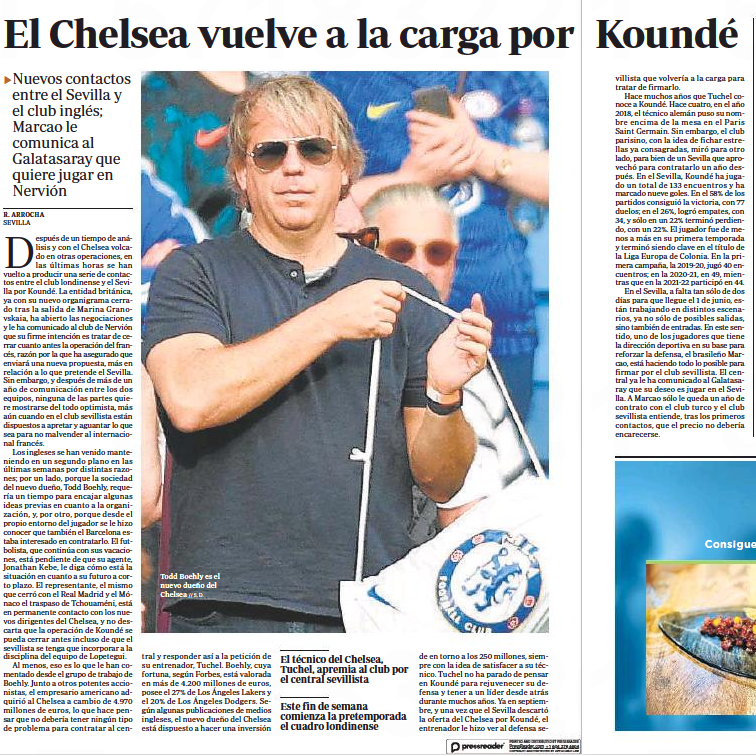 Despite all of this, the newspaper states the two sides don’t want to be ‘entirely optimistic’ of the operation succeeding quickly, partly because Sevilla are insistent they won’t sell Koundé for less than they believe he’s worth.

Barcelona are also credited with interest in the Frenchman. Over at Mundo Deportivo, they state Chelsea and the Catalan club have shown the ‘most interest’ in him. Sevilla, down their end, are waiting for the highest bidder.

Lopetegui’s side will not wait all summer and have ‘set a deadline’ of July 5th, the day when their players return for per-season training, for Chelsea or Barca to make an offer for Koundé.

After July 5th, Mundo state the defender’s asking price will increase and it will be close to his €80m release clause.