Home Europe Club have ‘tested the water’ with intermediaries for Tottenham man – Can...
SHARE

Preparing his future away from Tottenham, Jan Vertonghen is going to be a wanted man this summer, and a big decision will need to be made.

Unlikely to stay within the Premier League due to his affinity for the north London club, the Belgium international will probably move abroad, with Spain and Italy the seemingly preferred destinations.

Thankfully for him, there are a number of clubs who would be interested in his services in both those countries, including AS Roma, who are preparing for life without Chris Smalling.

Corriere dello Sport report the Manchester United is ‘closer and closer’ to returning to the north of England, which has led to the Serie A club to ‘test the water with a few intermediaries’ for Vertonghen. 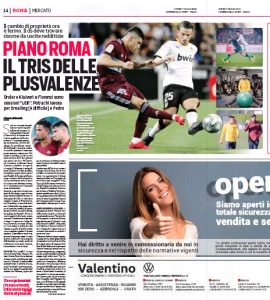 As you might have guessed, nothing is ever easy, and there is a ‘stumbling block’, which is, yes, you guessed right again, the wages he would ask for.

However, Corriere make it clear the Belgian would have a ‘secure shirt in the first-team’ allowing him to ‘confirm his spot’ in his national team’s squad for the upcoming Euros.

With that likely being his last big tournament on the international stage, that could be a very important factor for the 33-year-old, who already has 118 caps to his name.