FC Porto have taken what Portuguese newspaper Record describes as the ‘unusual measure’ of denying they’re lining up Marco Silva to be their manager next season.

The Hull City boss has greatly impressed in the Premier League, which adds to an already impressive CV, so links with the Porto job were natural and to be expected. Porto’s denial of the situation is part of a vote of confidence in current manager Nuno Espirito Santo.

Porto’s title challenge has faltered, and that’s led to angry scenes from supporters. Correio de Manha newspaper has pictured fans giving the club’s under pressure manager abuse at the airport, and even the gates outside his house were vandalised. 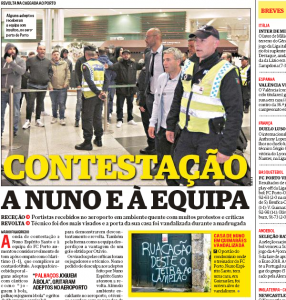 Should the discontent against Nuno continue then an exit is certainly on the cards, which would again bring links with Marco Silva.

Hull City remaining in the Premier League could weight his future to staying there, where he’d be a hero, rather than throwing himself in the angry Porto pit. Relegation to the Championship may make the Porto gamble seem a more attractive route to take.