West Bromwich Albion’s Cédric Kipré and Aston Villa’s Frédéric Guilbert are on FC Lorient’s radar as they look to strengthen their defence in the winter market.

The French club have the second worst defensive record in Ligue 1 this season, conceding 40 goals, one less than bottom place Nîmes. Lorient are 19th in the table, three points behind 18th placed Dijon.

The newspaper explains the clubs in the bottom half of Ligue 1’s table are unlikely to sign new players in the final days of the window, with the exception of Lorient.

It’s claimed the ‘number and profile of players to be recruited’ has been the ‘subject of intense discussions’ between the club’s sports management and coach, Christophe Pélissier. 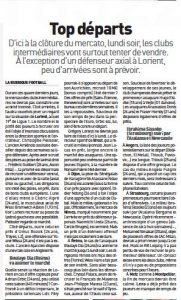 Pélissier has been wanting to strengthen his side’s defence for weeks.

After ‘examining’ Villa’s Guilbert, Lorient have shifted their focus to signing a new centre-back. This has now become a priority.

The club’s leaders are searching to take players on loan from ‘good European clubs’, and as per the report, ‘one of them leads’ to West Brom.

Lorient want to take Kipré on loan, but there’s no mention if the Baggies are ready to allow their player go out on loan in the ongoing window.