Bryan Gil isn’t having the season he’ll have been hoping for at Tottenham Hotspur.

With the 20-year-old already in the Spain set-up, he’ll have hoped to impress in English football, and improve his chances of making it to Luis Enrique’s squad for the Qatar World Cup.

Instead, he’s had less than 100 minutes in the Premier League, picking up further appearances in other competitions.

There’s been claims in Spain about a possible return to the country on loan, with a small number of clubs thought to be interested.

Now there’s a claim about a potential switch to Ligue 1 instead. 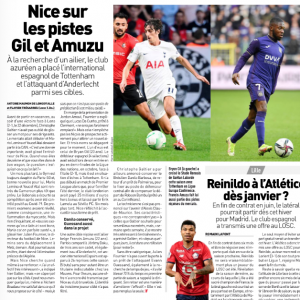 According to the report, Nice are ‘considering welcoming’ the Spaniard on loan for the rest of the season.

Of course, Tottenham and Gil would also have a say in the matter, and there’s a reasonable chance the player would prefer to return to Spanish football, where he knows he’s succeeded before.