Yesterday, it was reported Newcastle star Fabricio Coloccini has decided to leave the club to return to his homeland.

According to Argentine newspaper Clarin, Coloccini finalized his move to San Lorenzo on Thursday afternoon, after a meeting with the club’s president Matias Lammens.

Clarin say the details of the agreement are not known yet, but San Lorenzo boss Diego Aguirre has admitted to the Argentine press that Coloccini is a San Lorenzo player.

Coloccini had in recent years shown his desire to return to Argentina, and with Newcastle United getting relegated to the Championship, it seems the player has a perfect opportunity to move on and enjoy the end of his football career in his own country.

The 34-year-old had another year left on his contract at the Championship club, and it’s not clear yet if Newcastle will demand a fee for the player. 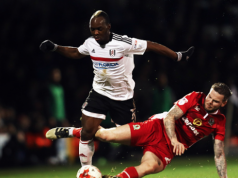