Bruno Fernandes has repeatedly been linked with a move to Manchester United in the current transfer window.

There’s no question about the interest coming from Old Trafford, with that now being beyond doubt, it’s just a matter of the Premier League club not wanting to pay what Sporting are demanding.

Tuesday’s editions of the Portuguese sport newspapers sounded positive for the Red Devils, with it being assumed that something needs to happen quickly for the transfer to go through.

Rodrigo is close to leaving Valencia for Barcelona, and Super Deporte, a newspaper close to the Spanish club, report Bruno Fernandes could arrive as a replacement, even though they’re different types of player.

Talks are already said to be taking place, and the deal could be a loan until the summer, when Bruno would then move to Barcelona. The idea is that Barca sign the Sporting player, loan him to Valencia, along with sending Nelson Semedo, and that makes it easier for the Catalan club to get Rodrigo.

Worryingly for Manchester United, it’s suggested Barcelona were already in talks to sign Bruno for the summer anyway.

From Italy: Fonseca to Tottenham now off – ‘Contacts have been initiated’ by Spurs with new manager 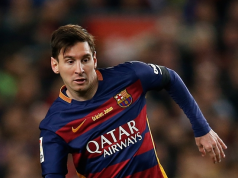