After Sam Allardyce started being considered for the England job, a few English websites started speculating which manager could replace him at Sunderland. Most of these stories were meant to be opinion articles, and former Manchester City Manuel Pellegrini was mentioned in nearly all of them.

So the Chilean newspaper El Mercurio have a short story on Tuesday quoting these claims from the British press and reported the possibility of the 62-year-old manager starting working again. The Chilean press are keen for Pellegrini to work again soon after his Manchester City exit, and the Premier League is as good a place as any.

However, El Grafico went too far. They said that “according to El Mercurio”, Pellegrini had already been approached by Sunderland in order to know the possibilities of signing him in case Sam Allardyce indeed leaves. That simply wasn’t said.

They probably rightly say that Pellegrini is not looking for money at this point of his career, and analysing the projects offered by the clubs would be more important at the moment.

It shouldn’t take long before this “approach” rumour starts being spread further, so it’s worth noting that its source didn’t get it right in first place. 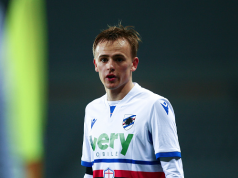